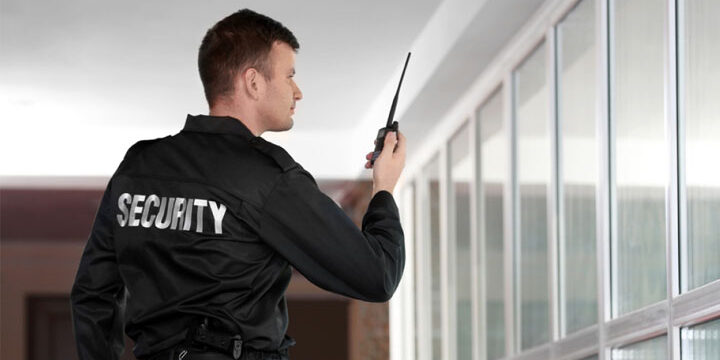 Humans have a tendency to do evil. It is a very inherent trait in all humans, along with our inherent will to do good. It is not only our moral teachings that keep us from acting over our evil tendencies, but it is also the real-world repercussions that come with doing others harm.  In most cases, the repercussions include facing the authorities, whether it is the police officer, or security officer.

Therefore, security officers that do their honest job protecting a premise on a daily basis have a huge impact on the community and society. Unfortunately, their efforts and contribution are often unnoticed by the public. This is largely because security duty is a thankless job, and the only time security guards get praise is when something outrageous occurs and the officers are first to respond and neutralize a situation.

People fail to realize that even if the situation around a premise has been quiet, without any evident or noticeable occurrences, it is because of the security’s presence. Below, the article will list down some of the integral contributions to humanity that security guards services have made.

If there were no security guards putting their lives at risk for public safety, there wouldn’t be any public events or safe public spaces. For large scale events to happen, you need security guards that conduct the flow of the masses entering and exiting the premise. They not only conduct their flow so that they can move in the right direction in an orderly manner, but they also inspect each individual for harmful belongings.

In other words, huge reasons why large scale events function smoothly are security guards. Some public events are close to the heart of viewers in attendance and also spectators watching from home. Since security guards play a huge part at live-scale events, their contribution is closely tied to the sentiments of the public.

Similarly, other public venues also rely heavily on security guards and run everyday operations. These venues include airports, schools, colleges, banks, corporate venues, retail venues, residences, and more. All of these locations are highly vulnerable to criminal activities since you can find valuable possessions inside each facility.

Since law enforcers such as police have to serve their duties all around the city, they cannot keep a keen eye on a particular facility. For this reason, the profession of security guards is so important. They make the job of law enforcers much easier as they perform the same duties in terms of preventing crime, but since they lack the authorities to detain the subject, they act as watchmen for the law enforcers, alarming them after neutralizing a particular situation.  Hence, they work together with the law enforcers to maintain order and harmony within the society.

They Prevent Disruption from Occurring

Security guards are not only trained to keep an eye out for unwanted activities, but they are having all the training necessary to neutralize a heated situation amongst the public, and also stop it from happening in the first place.

Assisting the public is another thankless contribution of security guards that goes unnoticed. This does not only involve protecting the citizens from harm, but also guiding them over directions, instructions and other matters. At college campuses and workplaces, security guards play the integral role of training the people inside the facility to respond correctly in the face of any natural hazard.

Moreover, whenever there is hazardous occurrence such as a fire outbreak, the security guards put their lives on the line and secure a safe exit for all the people inside the facility before they can escape themselves.

The contributions to humanity of the security profession run parallel with all other noble professions such as doctors and firefighters. However, many fail to acknowledge their efforts and appreciate them for all that they do.